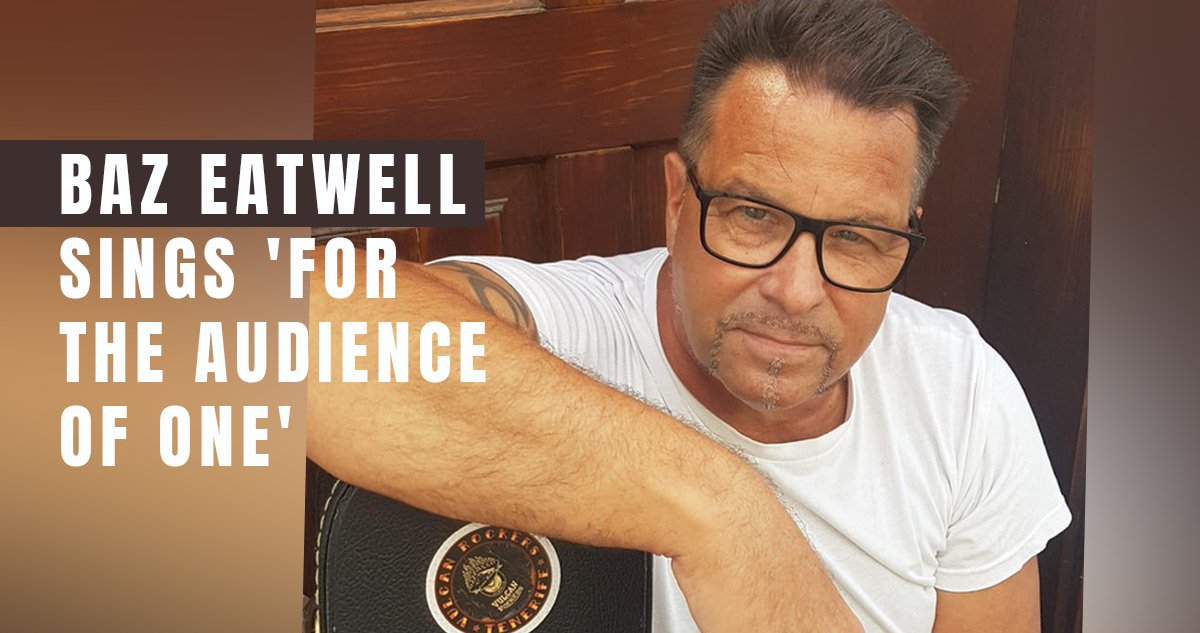 Baz Eatwell began trombone lessons at the age of 11 and had his sights set on joining the Royal Air Force Military Band. He even passed the exam to enlist.

But as soon as he discovered rock music – including the popular bands ‘Deep Purple’ and ‘Black Sabbath’ – he traded his trombone for a guitar and his military band dream for the lifestyle of a rock musician.

It was a dark few years for Baz, but thankfully, God intervened and he met the Lord at the age of 26.

“Soon after I was saved, I booked a recording studio to make my first demo tape,” he said. “I changed the lyrics of the songs and added an instrumental version of ‘Amazing Grace’ – and really confused the guys who were working with me!”

Although Baz’ faith was new, he was determined to use his music to honor God. 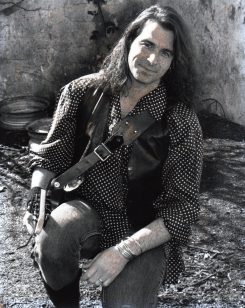 He founded ‘Maverick,’ a Christian rock band and wrote original material, which got him signed to Kingsway/Thank You Music. He recorded and released two songs on their ‘Metal Blade’ label on an album called ‘White Metal Warriors,’ but unfortunately, the label closed.

Disappointed, but determined, Baz continued his music career playing in cover bands until he moved to Tenerife in 2002 and took a hiatus from music.

More than a decade later, he formed a 50’s style three-piece rock-n-roll trio, which enabled him to work as a professional musician in hotels.

And a few years after that, Baz came full circle to write and record original material released on major streaming platforms where one single has amassed 14,000 streams to date.

His latest project, ‘For The Audience of One’ features original praise and worship songs, also available on major streaming platforms such as iTunes and Spotify.

“When I was first saved, I read various books about rock music being out of bounds for Christians,” remembers Baz. “There were even people putting pressure on me to burn all of my albums, cut my hair and such. Then one night I went to see a band at the Marquee in London. As I walked into the concert arena I was drawn to tears because my eyes were opened to the lost people there. It was there I believe that the Lord told me they were His people also, and I had the opportunity to reach them where others could not.”

Even today Baz looks at the rock music industry as a mission field and still works with secular musicians on the island.

“They know and understand that there are certain songs I will not play or sing,” says Baz. “And while I still enjoy listening to the older style rock music, I know where to draw the line with lyrical content.’

Baz is particular about lyrics and writes as honestly as possible while trying to get the message across.

“I am very critical of lyrical content in songs,” he says. “Some seem to go nowhere, some are repetitive mantra’s, while others are a “yeah, yeah, yeah” smoke-and-mirrors kind of thing with the name Jesus, God or Father thrown in to satisfy.”

“I feel there is way too much performance and industry influence in the Christian music scene now,” he says. “In a way, I feel the world has influenced the church rather than the other way around. In fact, it would appear that a certain worship style hit a formula and others have followed and emulated it. Most even have the same musical blueprint so they sound the same.”

Baz took these feelings into account when he wrote, recorded, produced and marketed his self-titled album last year from home by himself. “It was a difficult challenge but I learnt a lot about home recording,” he said.

His most recent project, ‘For the Audience of One’, was also self-produced. “But because I really wanted it stripped down to basics, it was an easier project and a lot more satisfying as it is close to my heart as a worshipper. “

The feedback that Baz gets on his recent albums is good. He says listeners like the straight-forward, intimate style of the album.

“Deep lyrics with memorable melodies,” he says. “Tunes that are pitched and written for congregations as well as for personal quiet times.” 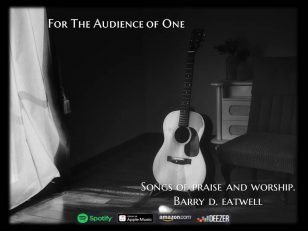 Baz’s heart is to share his music with the church and to encourage worship leaders to use his songs.

“Matthew 10:8 says, ‘Freely you have received, freely give’, so I want to make my music available to as many people as possible.

To reach out to Baz for more information about his music, you can email him at: [email protected]