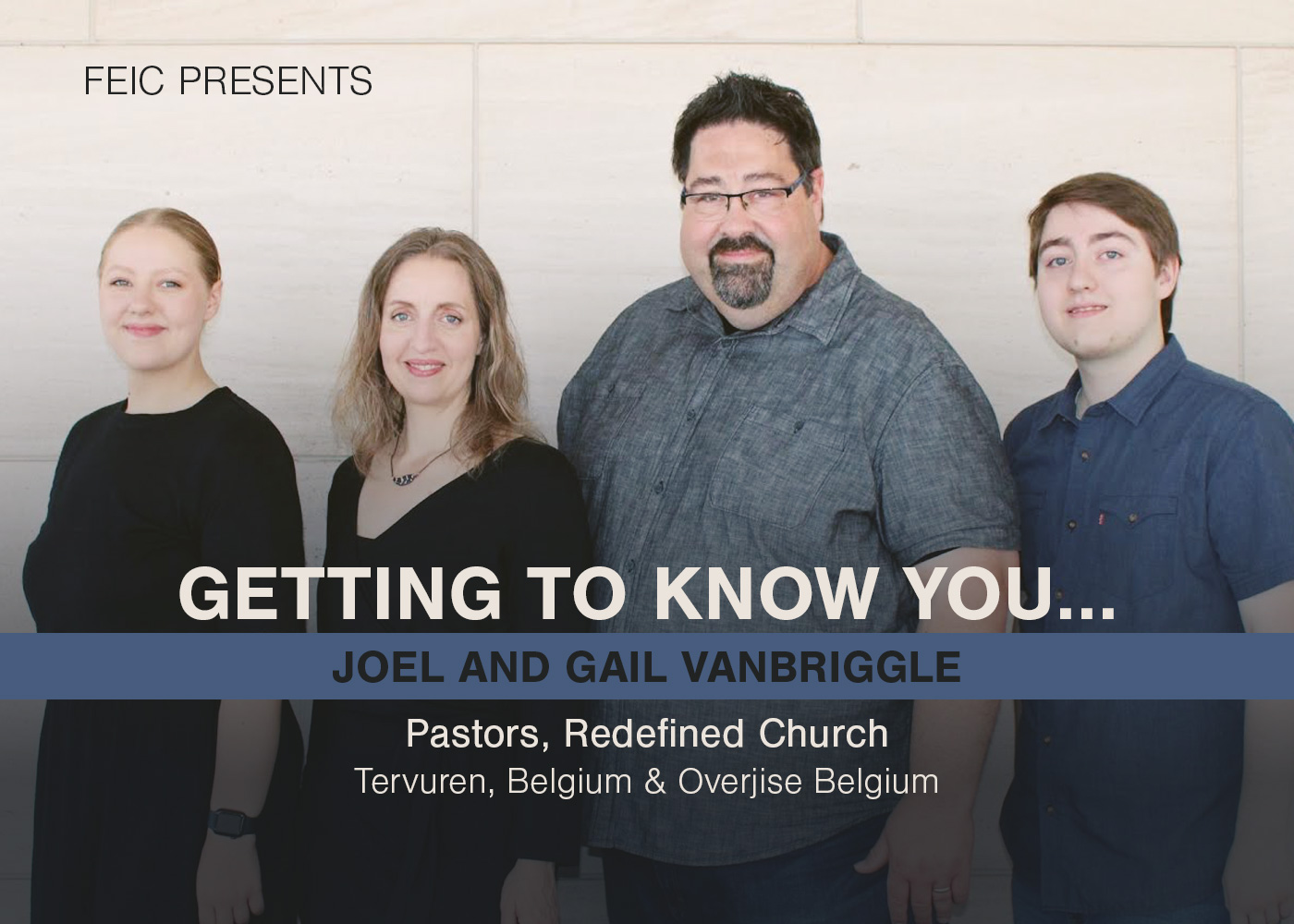 ‘Getting to Know You’ is a series in which we interview pastors of FEIC member churches. In this article, we feature Joel and Gail VanBriggle, who are planting ‘Redefined Church’ in Belgium with campuses in Tervuren and Overjise.

Share with us a little about your life growing up: where you are from, where you went to school, what you studied and what your younger years were like.
I was born and raised in Pittsburgh, Pennsylvania (USA) and began following Christ as a 4 year old, and called into ministry at age 5. I went to Kindergarten looking for a wife! Needless to say, I was a pretty focused child and my parents raised me in church.

Gail was also born and raised in church where her parents were very active, and they had a third-generation printing business in Bloomington, Illinois, about two hours south of Chicago. We both attended Central Bible College in Springfield, Missouri, studying Pastoral Ministries and Theology (Joel) and Missions and Music (Gail).

Tell us how you met the Lord: when, where and how He changed your life and your life’s direction.
From the earliest days of my life, my family attended church anytime the doors were open! We were very active in a small Pentecostal church in Washington, PA, just south of Pittsburgh. Gail grew up attending First Assembly of God in Normal, Illinois and began follow Christ very early as well.

How did you guys meet each other? Tell us about your children.
We met at Central Bible College and got to know each other while traveling with HeartSong, CBC’s musical group. Spending copious hours on a tour bus together, playing “Rook” at the tables in the back of the bus forged a strong bond that led to our marriage on August 9, 1997! (25 years this August!)

We have two children; a son, Anthony, who is currently attending KU Leuven University in Belgium, studying Business administration and Emily, our daughter, who is 15 and in 10th grade, attending an online international academy specifically designed for TCK’s.

Tell us about your ministry work before you came to Europe.
Gail and I pastored for 9 years in two different churches
■ Cornerstone Church, Bethalto, Illinois
■ Community Gospel Church, Northvale, New Jersey
■ And between, traveled for almost 6 years as Evangelists,“Presenting the Gospel through Music and Drama” with “Whole In One Ministries”

How did God lead you to Europe and what were your assignments before church planting?
We always knew we’d end up on the mission field. Gail did a short term (6 month) assignment out of high school and served in Belgium. Europe was deeply tied to her heart and back in 2011, we were bringing a team from our church to serve for a week in Belgium, and as soon as the wheels on the plane hit the ground, the Lord whispered to me, “This is where I want you to be.” While there was a process to go through, God confirmed that plan many times over.

Upon arriving in Europe, we served with Convoy of Hope Europe, partnering with church planters across Eastern Europe to help them engage their community. My heart was always three-fold: Put my arm around pastors and let them know they are LOVED; they are NOT ALONE; and they can DREAM again. We sought to encourage and accelerate their vision. 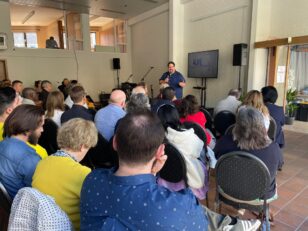 What do you find most interesting about Tervuren (Brussels area) or Belgium?
We currently have two campuses; in Tervuren and in Overijse. This region is truly international with a deep Belgian history. Much of the land ownership of modern Brussels was connected to the Brabant family, which has its roots deeply in Tervuren. The region also has a tarnished history because of King Leopold II, who enslaved and exploited the Congolese people and their land for the betterment of Belgium. There is still spiritual residue and pain from that history.

I recently began reading a book which consists of the daily journal entrees of the presiding bishop that served throughout the region during the late 16th and early 17th Century that chronicles the supernatural miracles that were taking place. There is a humble recognition that we are building our church upon soil where God was working—hundreds of years ago. May God pour out His Spirit again here!

What do you think are Belgium’s greatest spiritual needs?
Clearly, the secular humanism that pervades the minds of the young and institutional resistance and often disdain from the older generation that stand as
an oppositional reality for many.

Catholicism is a cultural identity, but the fear of straying for many older Belgians
is real, even though they themselves might not have beliefs that would identify
them as Catholic.

While there have been pockets of great moves of God historically, there has never been a nationwide, sustained outpouring of the Holy Spirit. We need that desperately.

Tell us how you chose the name of the church. What were the challenges of planting a church during Covid? 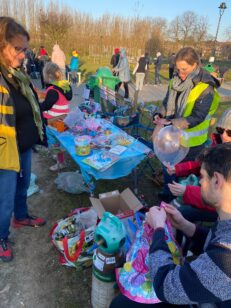 Redefined Church was intended to spark conversation. EVERYONE has an opinion about “the church” so we are seeking to redefine their perception as we endeavor to love like Jesus loved and remove the religious hurdles that keep people from following Jesus.

We believe that every person can have a relationship with God, and we are working to make that more accessible to all.

Planting a church in a pandemic, and specifically launching in the middle of lockdown came with many unique challenges, but those created opportunities to be flexible and adaptable.
■ On one hand, I think we had an advantage in that there was no “this is how we used to do church.” We were adjusting and flexing each week to tweak the tech aspects, and again, we weren’t fighting comparisons because we had no previous history.
■ We remained vigilant with all of the government rules in order to be compliant and be a good neighbor to the people were trying to reach.
■ Technically, we scaled what we did. We understood that we had limited resources, personnel, knowledge, and budget. We never expected to compete with the high end production capability of some other well established churches, BUT we could be authentic and endeavor to provide online content that could be connective for people during a very challenging season.
■ When rules shifted for kids, we realized we could have children’s ministry in our storefront and parents dropped off the kids and the adults went on a “random walk in the park in the same direction.” This was technically allowed, and it provided much needed human connection and helped our people begin to build stronger friendships. 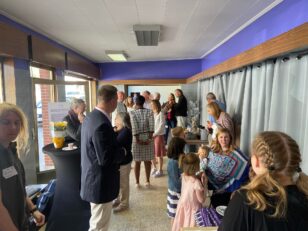 Tell us about the church: describe the people that you want to attract in terms of nationality, age, expats, military, etc.
Our church is an international expression with a broad gathering of people from more than 10 nations. However, against everything we were told would happen, we are actually seeing Belgians come as well.

We have some who are seasoned believers and many ‘pre-believers’ that have found a space to belong. I’ve been amazed by the divine appointments that have allowed us to deeply connect with some who are really raw, with no church background whatsoever.

Our mission and the process by which we help people take next steps in their journey is based on 3 words: Belong, Believe, Become. We recognize that Jesus had followers before He had believers. That sense of Belonging is what our Sunday gathering are focused on, and we also have a few other “entry points” for people to belong. It is in small groups where people begin to believe and forge those early steps of following Christ as they work out their beliefs around a table—usually with food! That then leads to people who become passionate followers of Christ who lead others through that process.

What is your vision for the church? 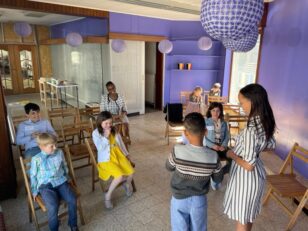 I’ve covered some of that, but our dream is multiplication—that we would be planting a culturally appropriate campus in every community that needs a healthy expression of the local faith community.

We are behind our pre-launch hopes, but we would like to plant a church/campus every 6 months after the first two years. We have only managed to open two at this point, but there are plans for which we are praying for a 3rd campus in the next 6-12 months.

How can fellow FEIC member pastors pray for you guys?
Please pray for: