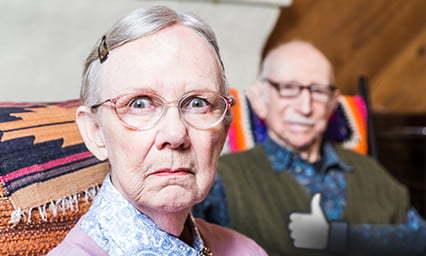 Have you ever met anyone who is too serious and just needs to loosen up? Maybe someone who thinks everything should be done a certain way all the time with no room for something new?

I’ve been reading 2 Kings this week and Naaman just seems like that kind of guy. After hearing there was someone who could cure him from his leprosy, he comes to the house of Elisha.

Instead of getting a face to face visit like he had expected, Elisha sent a messenger to answer the door and told Naaman to go wash seven times in the Jordan to receive his healing.

It seems Naaman would have done anything out of desperation, but he leaves angry and said:

“I thought that he would surely come out to me and stand and call on the name the Lord his God, wave his hand over the spot and cure me of my leprosy.” Naaman thought “at least he could have told me to wash in one of the better rivers.”

It’s amazing how we always seem to know best how God should work. Like Naaman, we say, “I thought God would do it like this…” or “this way would have been better.”

Let’s lighten up… let go of the stress and just do what God is leading us to do. It may not be my way or your way, but ultimately Naaman received his healing and so will we.

We’re praying for you and you’re team this weekend!